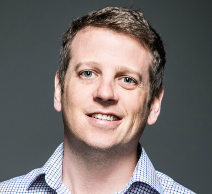 Once I had a prospect email to say he had decided to purchase a pirated version of my product because it was too cheap to pass up.  I know he was not the only one. In addition to hard costs for sales lost, there's another cost incurred from prospects who get a spammy feeling about the brand when they see all of this junk out there. Until I found you, I felt like there was nothing I could do to stop it. Now I don't have to do anything. The Takedown Czar team takes care of it. They allow me to put this issue out of my mind, so it's one less nagging thing that I have to concern myself with.
Toggle the Widgetbar